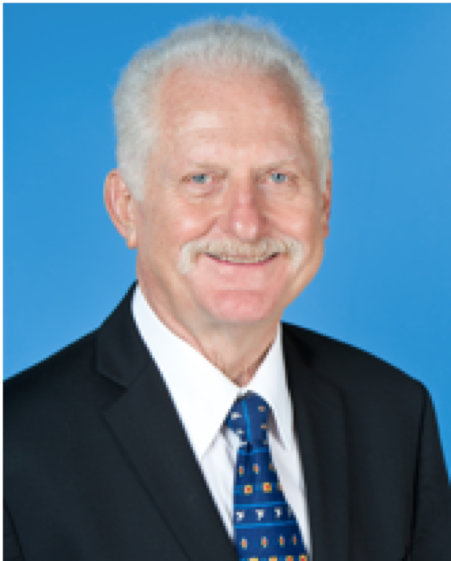 Dr. James Truchard
President, CEO and CoFounder, National Instruments
Thursday, 26 May 2016 - 16:00-17:30
Abstract: Dr.  Truchard’s talk will explore the vital role of a software based approach to enable the explosion of wireless communications for high data rate voice, data, and video applications, from early prototyping and research all the way to fully deployed systems.
About the Speaker: Named an Innovation Agent by Fast Company, James Truchard, president and CEO, cofounded National Instruments in 1976 and has pioneered the way scientists and engineers solve the world's grand engineering challenges. As one of Forbes' America's Favorite Bosses, Dr. James Truchard, commonly known around NI as Dr. T, has led the company from a three-man team to a multinational organization recognized as a Fortune 100 Best Places to Work and one of the top 25 “World's Best Multinational Workplaces” by the Great Places to Work Institute. Under Truchard's leadership, the company's long-term vision, known as the 100 year plan, and focus on improving the world by providing tools that accelerate productivity, innovation, and discovery, has led to strong, consistent company growth and success of its broad base of customers, employees, suppliers, and shareholders. Learn more about the NI company story at ni.com/company. Elected to the Royal Swedish Academy of Engineering Sciences and the National Academy of Engineering, Truchard has also been inducted into Electronic Design's Engineering Hall of Fame and has earned the distinction of being elected an IEEE Fellow. Additionally, Truchard has been recognized with the Woodrow Wilson Award for Corporate Citizenship for his community involvement with organizations including: the Engineering Foundation Advisory Council, The University of Texas at Austin Chancellor's Council, Austin Software Council, and FIRST Robotics. Truchard's personal passion for gardening and photography has led him to writing a gardening book that he plans on giving to non-profits for their use fundraising. Truchard holds a doctorate in electrical engineering, as well as a master's degree and bachelor's degree in physics, all from the University of Texas at Austin. Truchard earned his master's and doctorate degrees while working full-time as the managing director of the acoustical measurements division at the UT Applied Research Laboratories.

Prof. Jan M. Rabaey
Donald O. Pederson Distinguished Professor, UC Berkeley
Thursday, 26 May 2015 - 16:00-17:30
Abstract: Some of most compelling application domains of the IoT and Swarm concepts relate to how humans interact with the world around it and the cyberworld beyond. While the proliferation of communication and data processing devices has profoundly altered our interaction patterns, little has been changed in the way we process inputs (sensory) and outputs (actuation). The combination of IoT (Swarms) and wearable devices offers the potential for changing all of this. Yet, realizing full potential requires that a number of barriers are overcome, most notably the non-scalable nature of the current deployments.
The Human Intranet proposes an open scalable platform that seamlessly integrates an ever-increasing number of sensor, actuation, computation, storage, communication and energy nodes located on, in, or around the human body acting in symbiosis with the functions provided by the body itself. The traditional set of senses and interactions is to be augmented by a set of new capabilities, some of which might be hard to even imagine today.
About the Speaker: Jan Rabaey received his Ph.D degree in applied sciences from the Katholieke Universiteit Leuven, Belgium. In 1987, he joined the faculty of the Electrical Engineering and Computer Science department of the University of California, Berkeley, where he now holds the Donald O. Pederson Distinguished Professorship. He is currently the scientific co-director of the Berkeley Wireless Research Center (BWRC), as well as the founding director of the Berkeley Ubiquitous SwarmLab.